React is a tool for making user interface elements. Working with React has some drawbacks, including the absence of pre-built components. Sencha’s GRUI, a React grid framework with great performance and more than 100 data grid features, enables developers to build data-intensive web apps more quickly. If this is not what you are looking for, try different ways to creating a React Web Application. But, let’s get down to business. What really is React strict mode and why do you need it? You’ll know in detail from this article.

What is React StrictMode? 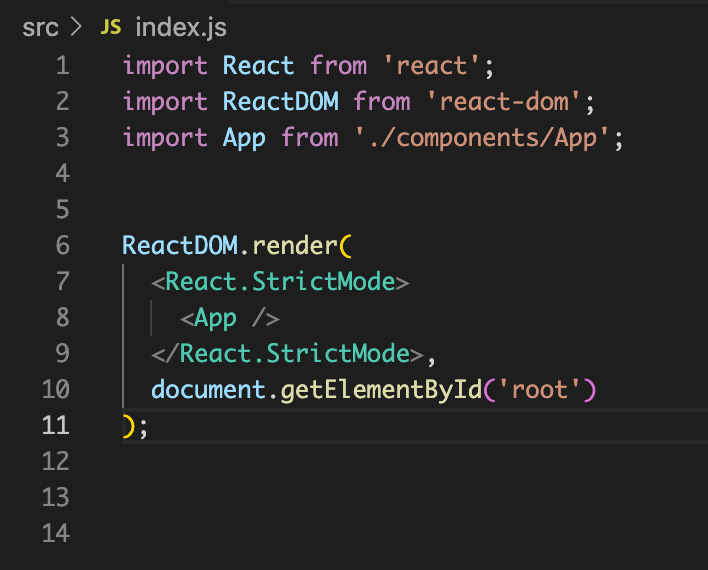 The main purpose of the React Developer Tool StrictMode is to draw attention to potential issues in a web app. For its child components, it turns on extra deprecation checks and alerts. Its ability to display visible feedback when the React rules and suggested procedures are not followed is one of the factors contributing to its popularity. The React StrictMode Component doesn’t really render any visible UI, just like the React Fragment.

You can think of React StrictMode as a tool that aids developers in creating code quickly and alerts them to any questionable code that someone might have unintentionally added to the application. Utilizing it is extremely beneficial while creating new scripts or debugging an application.

How to use React StrictMode?

React StrictMode functions by isolating a piece of your complete program and using it as a component.

As I have already mentioned, React StrictMode helps developers to code efficiently and at the same, bring their attention to any code that was added mistakenly. Thus it’s very helpful component for any developer. Moreover, you do not have to apply the StrictMode to the entire program. you can add it to any part of it.

The following features are enabled in StrictMode as of React version 17:

What does Strict Mode help with?

React StrictMode has many potential uses. Some of those are below:

The React APIs underwent some revolutionary changes in version 16.3.0 of React. Deprecation of lifecycle methods like componentWillMount, componentWillReceiveProps, and componentWillUpdate was one such change. Additionally, they made the addition of new lifecycles like getSnapShotBeforeUpdate and getDerivedStateFromProps.

Before understanding why these methods were deprecated, we must first be aware of how React normally functions. This consists of two phases:

During this stage, React updates the DOM and calls commit phase lifecycles like componentDidUpdate and componentDidMount. The render phase can be sluggish, but the commit phase is quick. React decided to divide the rendering into sections and pause and resume work to optimize it with the Concurrent Mode vision without obstructing the browser.

Therefore, you can call the render stage lifecycles several times as a result of this, which may result in the application behaving inconsistently if they include negative consequences or employ improper procedures.

In the early iterations of React, Refs were assigned via strings. However, there were numerous issues with it.

Since it can’t predict, it requires React to maintain track of the components that are presently rendering. This slows down React a little.

The “render callback” technique, for instance, does not function as most people would anticipate because the ref would end up on the List for the above-mentioned reason.

Better solutions for class components were developed for these and numerous other reasons, including the difficulties with defining refs in TypeScript when they must be cast. For example, the addition of React.createRef.

This will return only the first child of a class component. Fragments, which were added in version 16, allows you to return many elements from a component, which could be problematic if you desired to target a container of all the returned elements or a particular element from the list of elements.

The findDOMNode API only accepted requests, that is, it would evaluate and return the result when it was called. The parent could not be aware, for example, if the rendered element is dynamically altered in the child.

React chose to separate the rendering step to optimize the rendering stage in the upcoming Concurrent Mode. You can, therefore, call the renderer stage requirements several times, which could lead to unforeseen outcomes if you apply negative effects.

The most recent version of React has features such as getDerivedStateFromProps, shouldComponentUpdate, render, and constructor.

Although side effects are unpredictable, StrictMode helps to make the developer a bit more predictable by twice running the above functions. As a result, due to the obvious discrepancies, if you accidentally write a side effect in a rendering phase function, it may end up in Development Mode.

In React 16.3, you would notice a new Context API. Previously, the users just wouldn’t update if React components anywhere in the parent structure prevented re-renders of the children element by using shouldComponentUpdate.

StrictMode will highlight any usages of the old Context API by displaying warnings so that you can use the most recent version, although React continues to use the old API in version 16.x.

One of the most helpful React features overall is the strict mode. It can aid new programmers in developing code that adheres to React’s best practices. You will become more comfortable using Strict Mode as you experiment with it more.

Let’s say you’re using code that wasn’t written by you. Then, especially if a less-experienced developer created the React application, StrictMode in React can be a useful tool for ensuring accurate code structure.

Detecting a flaw in JavaScript code can be difficult. However, enclosing the code in StrictMode can assist you in identifying the issue.

How to enable React Strict Mode?

To enable strict mode, encapsulate the portion of your project that you wish to use StrictMode in with React.StrictMode. You can either select a few nodes or wrap the entire program. Here’s an illustration of how to package the whole app. First make sure to import React.

As soon as you do that, warnings will appear in the developer tools console.

We use React Strict Mode only in Development Mode to alert users to legacy refs. Strict Mode intentionally double invokes the lifecycles and functions of the rendering phase to make it easier to detect unintended side effects provided in these methods.

There’s a good likelihood that if you’re creating a React app with version 17 for a data-driven online application, you’ll utilize a grid or spreadsheet-like interface to present data to your users at some point. This is where you can try React with Sencha Grid. Some of the main features of it are High performance, quick integration, easy customization, ability to handle massive amount of data, smaller footprint.

You want to try Sencha Ext JS.  Get it here!