Nowadays, there is a very fast-paced environment for software development. Therefore, developers have to develop their user interfaces in shorter development cycles. Using a UI widget library is one of the best solutions to solve that problem. Sencha Ext JS is a great tool for developing user interfaces. It offers various UI widgets to create sophisticated user interfaces. Some of its components are:

However, user interfaces have non-functional criteria as well. Those are:

With a good UI widget library like Sencha Ext JS, you can achieve these qualities as well. So let’s find out more.

What Is A UI Widget Library?

A UI component library is a collection of well-made UI widgets, including buttons, input fields, dialog boxes, and grids. They act as the foundation for layouts. Since they are modular, we can arrange these components in various ways to create special effects. Each library of Sencha Ext JS has a unique look and feel. However, most of them allow theming and some level of customization for their individual parts.

How Can The UI Widget Library Reduce UI Development Time?

The compatibility of a UI component library with all applications and platforms initially speeds up development. It also reduces development time. Following are some reasons for that:

Which Components Can You Find In The Sencha UI Widget Library?

UI component libraries enable developers to drag & drop the desired components without writing any code. It speeds up development. However, developers also have the freedom to alter the components as they see fit. Such reusable parts aid UI structuring and maintain uniformity throughout the entire application. It also means that components aid in UI standardization. Sencha UI widget library supports different types of components. Some of them are listed below.

You can use the Ext JS Kitchen Sink to view more examples of implementing the above components.

A grid is a crucial user interface element. It efficiently renders several data sets on a web page without degrading the application speed. Grid components allow you to create tables with sophisticated features like sorting, integrating charts to visualize data, filtering, advanced searching, and pagination. The Ext JS grid library provides developers with a wealth of essential capabilities. You can build data-grouping grids by grouping grids. Additionally, there are particular features for rows and columns, like editing rows and expanding cells. Let’s see how Ext JS grids accelerate the UI development rather than building them from scratch. We can simply use them throughout the application, fixing the UI much faster.

A form is a must-have component for performing CRUD operations in web application development. However, using the UI widget library initially reduces the time spent on building the basic form itself. It speeds up the development process because developers must only consider the customizations. You can choose from various pre-built form elements with Sencha Ext JS UI widgets. These widgets include text fields, password fields, email fields, checkboxes, combo boxes, radio buttons, sliders, number fields, file uploaders, and various elements used in the market. Sencha Forms also have a few other helpful properties that can accelerate development. They are listed below. 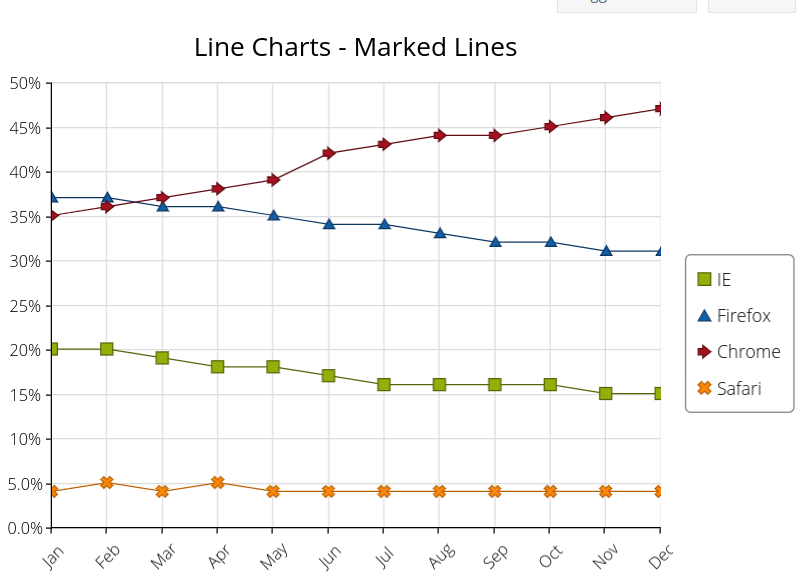 Charts are useful for displaying categorized or aggregated data from a particular dataset. You often need to integrate an existing chart library or create your own to visualize data in a chart regardless of the language you use. However, Sencha Ext offers a variety of chart styles, including column charts, bars, 3D column charts, lines, scatter charts, area charts, navigators, box plots, and pie charts.

There are many factors you can instantly change in charts. For example, you can change the chart sizes, category names, axis information, and chart colors. Sencha even allows you to alter the chart styles to fit the overall design of your website better. Therefore, the support for charts in Sencha itself reduces the development time. We don’t need to develop new charting libraries or spend time studying or integrating external charting libraries.

Are You Ready To Get Started With Sencha?

Now, I think you are well-versed in Sencha UI widgets and how they help speed up UI development. According to tests, Sencha Ext JS is 300 times faster than other vendors. Apart from that, Sencha simplifies and accelerates UI design due to its simple setup. It’s UI widgets are pretty easy to use. They also cover all the important UI elements you need to build great user interfaces. There are more reasons to use Sencha. Building UIs with Sencha is easy by an extensive knowledge base and blog articles. You will also find a large community who will answer your questions. You can try Sencha for free with its free trial.

Let’s get started with Sencha UI widgets to accelerate the development process!