AngularJS and ReactJS are two popular frameworks in addition to the popular Ext JS enterprise JavaScript web framework. Developers around the world are utilizing them for building powerful web apps. Both of them are feature-rich. The frameworks offer all the tools to accelerate the development process. However, there are several key differences between AngularJS and ReactJS. In this post, you will find all the details.

ReactJS is an open-source JavaScript framework. Facebook introduced it in 2013. It enables you to conveniently build interactive user interfaces. ReactJS focuses on using reusable UI components. Hence, you can quickly create the front end of web apps. Also, it uses server-side rendering to provide high performance. As a result, it has become one of the most popular web frameworks on the planet.

What Are The Key Features Of ReactJS?

AngularJS is another component-based Model-View-Controller (MVC) framework. Google released it on October 2010. It enables you to use HTML as a template language. Also, AngularJS allows HTML’s syntax to briefly express the application’s components. On top of that, it offers a suite of developer tools to develop and scale projects. As a result, AngularJS has become a great choice for building scalable web apps.

Why Are The Key Features Of AngularJS? 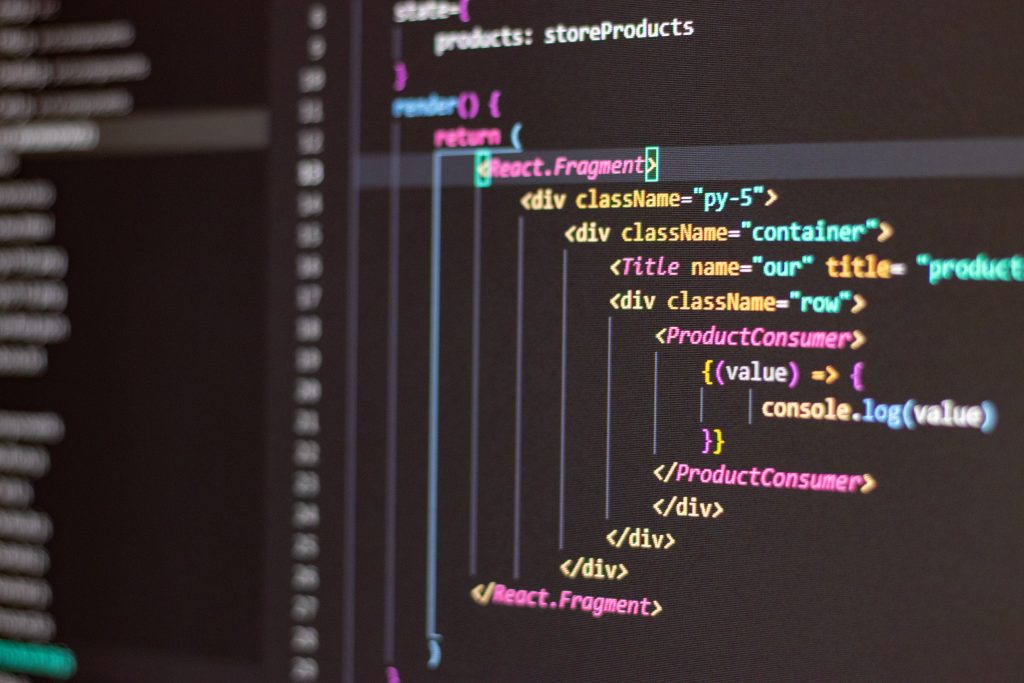 What Are The Key Differences Between AngularJS and ReactJS?

Both Angular and React are very powerful. They provide a robust set of features to enhance performance. However, they have some major differences.

Differences Between AngularJS and ReactJS: Do They Have Different Data Binding Methods?

AngularJS utilizes a two-way data binding method. It connects the Document Object Model (DOM) values to model data. Hence, the View changes as the data in the model change. Also, it significantly reduces boilerplate code. You don’t have to write additional code to provide continual View and Model synchronization.

On the other hand, ReactJS supports one-way data binding. Therefore, any change in component data is reflected in the view. Also, any change in the UI is reflected inside the component’s logic. One-way data binding provides singular behavior for your application. It significantly minimizes complexity. Hence, it will be easier for you to debug large React apps than the ones created with Angular.

Differences Between AngularJS and ReactJS: Do They Have Different Architectures?

On the other hand, ReactJS is based on Virtual DOM. Similar to AngularJS, everything starts with a component. However, its structure is different. It is comprised of Actions, State, and JSX. They serve the roles of Controller, Model, and View. Actions are JavaScript functions that react to the user interactions originating mainly from the JSX. State gets dispatched by the Action. And JSX binds to the state received from the action.

Differences Between AngularJS and ReactJS: Which One Delivers Better Performance?

However, ReactJS has an upper hand due to the use of Virtual DOMs. AngularJS uses a traditional DOM. Here, the DOM tree finds and updates every node interested in an event. It is a computationally heavy process. It requires analyzing and updating an entire tree structure at every change of state. As a result, you will face performance issues on apps having a large number of UI elements.

On the other hand, ReactJS uses Virtual DOMs. Here, the DOM doesn’t need to be updated at every instant the application state changes. Instead, it utilizes a Virtual Tree for making the DOM look like a new state. There is no need to recreate all of the DOM nodes. As a result, you get several key advantages, including a faster DOM update process and more dynamic data binding.

Differences Between AngularJS and ReactJS: Do They Support Dependency Injection?

Dependency injection refers to the technique of making a class independent of its dependencies. It is available on AngularJS. Hence, the framework can automatically find the appropriate injected objects. Here is an example of dependency injection in Angular:

However, ReactJS does not entirely support dependency injection. It has a global state for all the components. As a result, it does not comply with data immutability and the concept of functional programming. Nonetheless, you can use dependency injection on ReactJS by using different instrument modules, including Browserify and RequireJS.

Here is an example of dependency injection in React:

Differences Between AngularJS and ReactJS: Do They Support Directives?

Directives in AngularJS are your application’s template logic. They are written as attributes or tags. You use them to organize the code around the DOM. AngularJS has many standard directives, like ng-bind or ng-app. Also, it lets you create your own directives.

On the other hand, ReactJS doesn’t support any division for directives. However, it has many libraries for managing data flow such as Flux, Redux, Mobx, ReactN, and React-hooks. Therefore, it is much easier to build component trees on React.

What Are The Advantages?

AngularJS offers several major benefits. For instance, it provides clean code development. Also, it can take care of the routing. Besides, AngularJS provides seamless updates with CLI. It automatically updates all the related packages, including HTTP and Angular material. Hence, you will not face any compatibility issues.

Read: What Is An Angular Material Component, And Why Does It Matter?

ReactJS provides a wealth of benefits. For example, it is very easy to learn. Hence, you can quickly pick it up and start developing amazing web apps. Also, ReactJS provides enhanced support for server-side rendering. As a result, it has become a great choice for building content-focused applications. Besides, ReactJS is highly scalable. When you combine it with ES6, your app can manage heavy loading with ease.

What Are AngularJS Use Cases?

AngularJS can parallelly run the components to save lines of code. Hence, it can optimize your development efforts. That’s why world-class companies around the world use the front-end framework. Some of the use cases for Angular are as follows:

PayPal is one of the world’s largest and most commonly used payment gateways. Their checkout system with critical features like payment review page and credit card adding pages was built with Angular. Smooth functionalities and high-level security concerns are the primary requirements of these features.

The number one freelancer platform, with more than 10 million freelancers, uses Angular to support its highly functional platform and smoothly maintain its functionalities.

Another big name to use AngularJS is Microsoft. The framework enabled the tech giant to bring all the features of MS Office together into a single-page view online.

What Are ReactJS Use Cases?

On the other hand, ReactJS has state containers like Redux. It facilitates faster development in scalable applications. Also, it helps apps deliver super-fast performance. Use cases for ReactJS are as follows:

The founder of ReactJS, Facebook, has been using the framework for a long time. It provides a high-speed rendering for millions of users worldwide. Also, it allows different contents on the page to refresh instantly according to user actions.

Sencha Ext JS includes 140+ fully supported components, such as grid, pivot grid, and D3 adapter. You can quickly integrate them with AngularJS and ReactJS. The process is very simple. It takes just a few minutes to complete the integration. Also, Sencha Ext JS provides comprehensive documentation. It offers numerous code examples. By following them, you can easily integrate components to Angular and React. Hence, you can quickly create powerful JavaScript web apps.

Sencha Ext JS is the most comprehensive JavaScript framework for building cross-platform web applications. Try it now for free.