Do you want to build react applications with stable code and less time consumption? One of the most common concerns for developers is that they want to achieve more in less time. But how is it possible? We use react developer tools such as react-native-easy-grid and many other tools.

We edit and inspect the react component hierarchy that builds the whole page. For this purpose, react developer tools are very helpful. Moreover, we also learn whether React.js has a role in our application or not. Besides these, there is much more to achieve by using React developer tools. React-native-easy-grid is also one of the most useful React packages.

Let’s continue exploring the importance of react developer tools in this article. 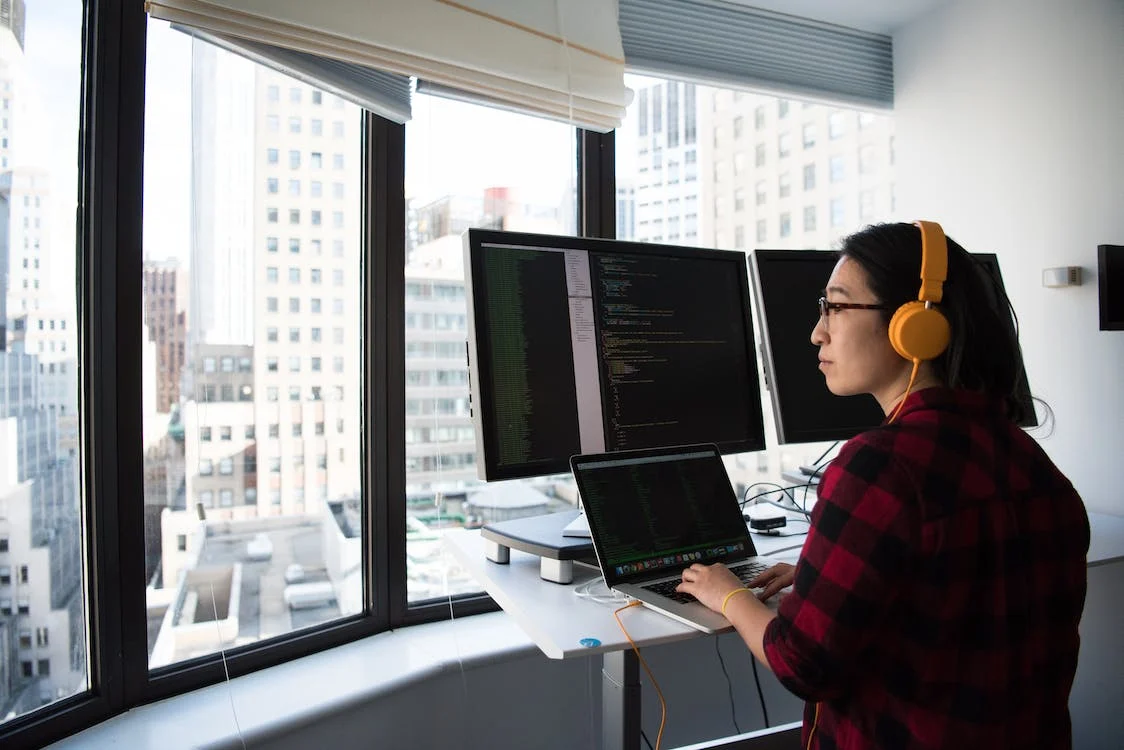 Facebook developed react, which is a javascript library. It also helped to build the famous social app Instagram. React aims to help developers create fast user interfaces for applications and websites. It gives us higher efficiency and quick creation of user interfaces. React also consist of some amazing features that are listed below:

While using a React extension, we try creating a new app by running a few codes. For example, we use the following code to create a new project or app:

The code will create a new project using the react extension. The later part of the code denotes the name of the project. So the project will be created will the name “my-react-project.” Now when we have created an App, we can start it by using the command given below:

Which React Chrome Extension To Use In 2022?

React chrome extensions are also known as Devtools or developer tools. It helps us to develop and create a react application. We use them for debugging javascript components and performing their inspection. It also helps us inspect and debug React DOM elements, Context API, Redux, States, and other React Components.

React developer tools is an official Devtools extension. We use it as an open-source tool with React javascript library. We perform an inspection of React components hierarchies using the chrome developer tools.

When we inspect a React element on the page using the regular elements tab, we must switch to the react tab. It will be automatically selected in the page’s react tree.

We record performance information by using the profiler tab. But we need permission to access the react tree of the page. However, it is important to remember that it doesn’t transmit the data remotely.

When we need a chrome extension from the React dev tools, we need to install it. And it is important to remember that installing an extension requires permissions and proper steps. So all we need to do is to follow the steps given below:

First, we must visit the chrome extension marketplace and search for our required extension. 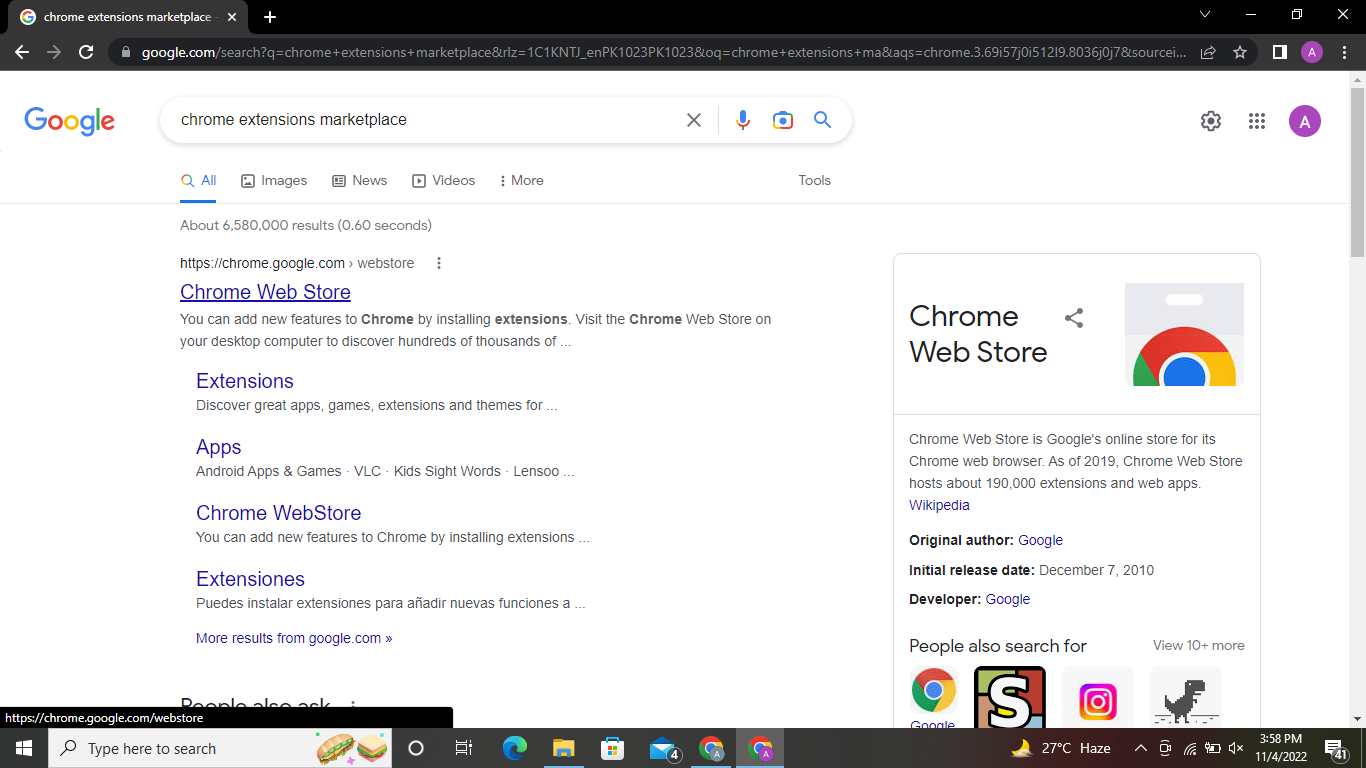 Since our desired extension is React developer tools, we find it by typing it into the search bar. 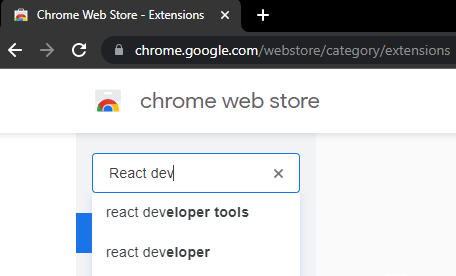 Then we get the results as under: 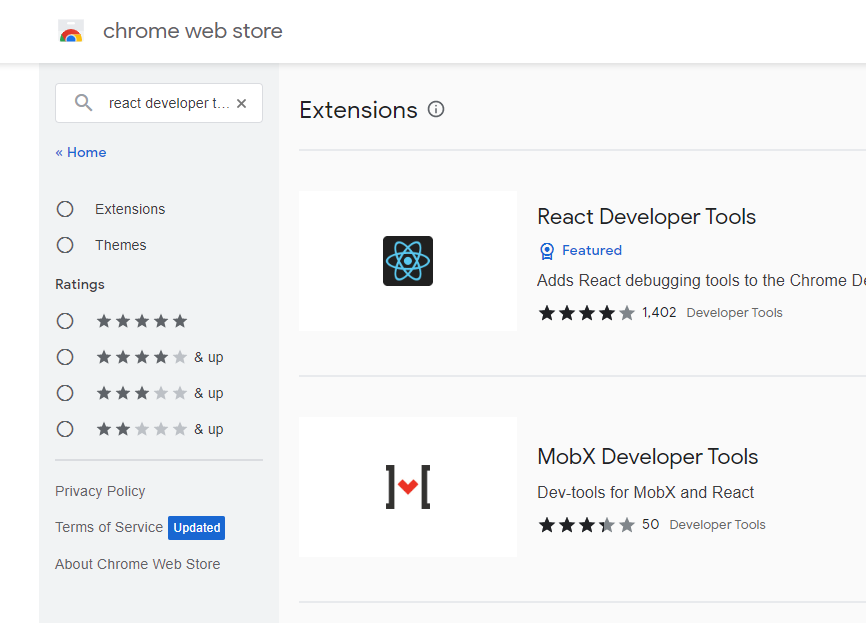 Once we click on add to chrome, we will get a notification of successful installation. 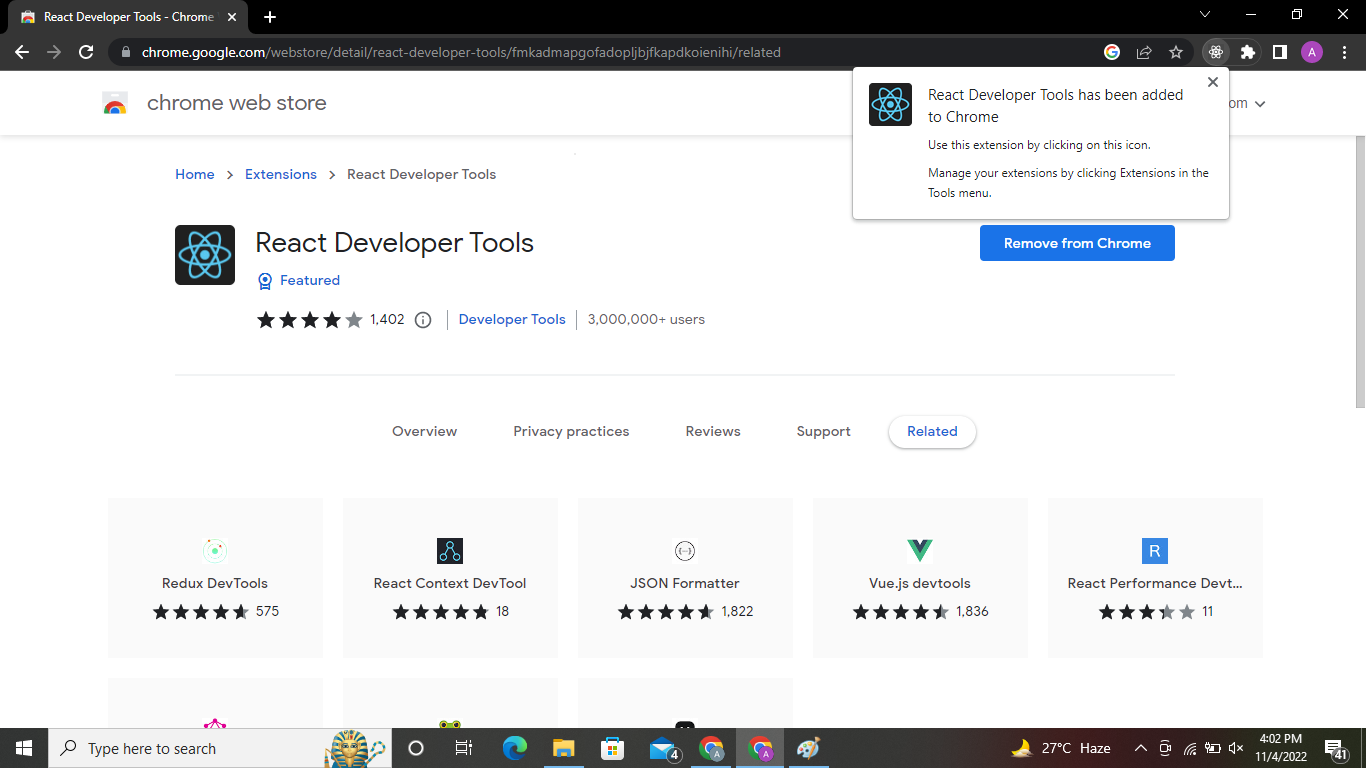 The chrome devtools will show us two tabs now. The two tabs are already explained above; the components tab and the profiler tab. We see it in the image below: 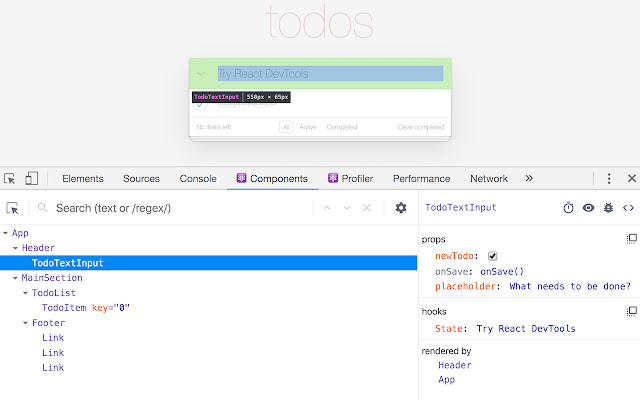 Now, let’s move to the usage of both tabs:

It is the second feature that we find in the react developer tools. We detect issues and record performance information for React components. We use the code below:

We get a visual report generation with the help of a profiler tab. It indicates the number of times our components are re-rendered. Moreover, it also shows us the duration taken by each render. For example, if we click the button ten times, it is detected through the profiler tab.

We debug the state changes in our React frameworks by using the Redux DevTools extension. This extension consists of the following amazing features:

It is a debugging tool for useReducer API and the React Context. We show context value changes in various views like diff view, raw view layer, and tree view.

Some amazing features of React Context DevTools are given below:

We use it as a visual testing tool in different React applications. React developers benefit from its data-driven library for visual testing. Some amazing features of React VT are:

As the name suggests, it helps track React components’ performance in our applications. Apart from these features, it has some more features listed below:

Reactime comes in a different version; the most used version is 14.0.0 these days. Some amazing features of the Reactime extension are given below:

It is another chrome extension that we use to visualize React components in our applications. Features of this application are listed below:

We create a color-coded tree model by parsing through our React application.

Realize for react is a component tree visualizer. When a React application scales, the tracking of state becomes difficult. Moreover, it also becomes complicated to access the holistic view of the component hierarchy. Developers use Realize as a tool to visualize the structure as well as state flow of their applications.

It is a Javascript viewer that is tailored for developers and designers. We can also access the useful styles by using Jinno chrome extension. The mission of this extension is to focus more on designing while consuming less time. Some features of Jinno are listed below:

This tool displays fresh, new, or popular public React repositories on the famous platform GitHub. Each new tab shows us the top ten list of the most popular newly created, recently updated, or all-time-popular repositories.

The simple answer is Yes! It is the fastest Javascript grid that also supports React grid. Moreover, it also supports GXT and Ext JS. We can design, develop, and test different web applications across any modern device. React grid from Sencha has high-performance and enriched features for different react projects. It has the following amazing features:

Creating a React app may seem a complicated process at first. But using the react developer tools can make it all easier. All the tools explained above have amazing features to ease our project completion.

To ensure time-saving and higher efficiency, it is recommended to use React developer tools. We should also prefer to React with Sencha Grid to ease our work.

Sencha Ext JS is the most comprehensive JavaScript framework for building cross-platform web applications. Try it now for free.