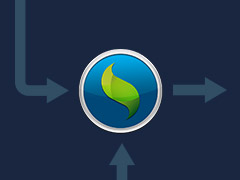 As a member of the Sencha Professional Services team, I am often tasked with helping our customers start new projects based on the Ext JS and Sencha Touch frameworks.

More often than not, Sencha Cmd is the foundation of these projects — and while Sencha has documentation explaining its robust features, I find that it’s crucial to explain how Sencha Cmd fits into an application development workflow.

Before we dive into the workflow itself, let’s step back and explore what Sencha Cmd is and why it is so valuable for enterprise software development.

What is Sencha Cmd?

Sencha Cmd is a command-line suite of tools for building your Sencha applications. Although it has been a part of the Sencha toolbox for a few years, Cmd has recently matured into the cornerstone of Sencha application development.

From scaffolding a new project to minifying and deploying your application to production, Sencha Cmd provides a full set of lifecycle management features to complement your Sencha project. With a rich command line syntax and Ant integration, Cmd is perfect whether you want to integrate it into your enterprise build environment or use it by itself.

Why should enterprises use Sencha Cmd?

Beyond the obvious benefits of lifecycle management tools, apps built using Sencha Cmd have a standardized architecture. This means that apps are easy to maintain and upgrade — but it also means that all Sencha developers build apps the same way.

By standardizing the tools and the application architecture, enterprises can expect all Sencha applications to integrate with their internal systems consistently. Development and deployment can now happen more quickly, and developers require less training and knowledge transfer.

Let’s take a look at the typical workflows that Sencha developers use to build their desktop and mobile applications.

Whether you’re building an app with Ext JS or Sencha Touch the development workflow is essentially the same. However, some commands are needed more often than others.

When first starting a Sencha application, you will likely need the following commands:

The first step in building any Sencha application is to create a workspace. The Sencha workspace is an environment in which multiple applications, libraries and frameworks (e.g. Touch and Ext JS) live side-by-side with their shared resources — helping Sencha Cmd understand the pages, frameworks, and the shared code used by the various parts of your application. This also enables Sencha Cmd to automate many common tasks.

To create a Sencha workspace:

This command is normally only needed once, as the first step in the application development workflow.

Once we have our workspace we should use Sencha Cmd to scaffold the initial application architecture. This will create an Ext JS or Touch application with default settings and all required dependencies:

If you run this command from within an Ext JS or Touch SDK folder, you can drop the -sdk flag:

This command is also generally used once, at the very beginning of a project. However you might use this command more often if you create multiple apps inside the same workspace.

Many of our customers who build mobile apps with Sencha Touch will also want to package their HTML5 application using Cordova or PhoneGap. Luckily, Sencha Cmd makes this really easy.

While the documentation and a previous post from Ross Gerbasi explain this process in more detail, integrating Cordova and PhoneGap in your Sencha app can be as simple as two steps:

…where appId is the fully-qualified app ID from your platform’s developer portal (e.g. com.sencha.myapp).

This command is only needed once, at the point when you first integrate a Sencha Touch application with Cordova or PhoneGap.

To upgrade Sencha Cmd to the latest version, we can use the sencha upgrade command:

Your terminal will automatically check for a newer version of Sencha Cmd and install it.

To upgrade an application to a newer version of Ext JS or Sencha Touch we need the sencha app upgrade command. Simply download the newest framework SDK and then run the following:

However it’s possible that you may have customized a few important pieces of the Sencha application architecture, and you may not want the upgrade process to touch these bits. Luckily, Sencha Cmd has a few optional flags:

In the day-to-day development of a Sencha app, developers often need to view their applications in the browser, edit code and test their apps in various environments. Therefore, most developers will use the following commands on a daily basis:

Now that we have an application started, we can immediately view it in our browser by launching a local web server. No need to configure IIS or Apache on your machine — Sencha Cmd has one built-in.

By default, Sencha Cmd will start a websever hosting our app at http://localhost:1841, so watch the terminal for any additional information.

At this point, we can begin coding our app.

Having said that, we periodically need to tell Sencha Cmd about updates to our code, so the application knows:

Running sencha app watch streamlines this process, so we don’t have to manually ask Sencha Cmd to refresh the application.

By running this command in your terminal:

…Sencha Cmd will watch the filesystem for any changes. When it sees anything change that our application might depend on, Cmd will automatically regenerate our bootstrap files and/or recompile our CSS.

Once we have achieved some level of “completeness” in our application, we will want to use Sencha Cmd to gather the necessary resources and build a version of our app for testing or deployment.

The basic format is relatively simple:

The build environments are:

The commonly used build options are:

*Note: this is a Sencha Touch-specific option

Now that we’ve covered the important commands you’ll be using with Sencha Cmd, let’s take a moment to explore some more advanced pieces of the Sencha application architecture.

Understanding these areas becomes essential when you need to customize how Sencha Cmd views and builds your application.

Understanding the application build process is integral to customizing how Sencha Cmd compiles your code.

Internally, the sencha app build command does basic validation and calls in to the Apache Ant build script found in “build.xml” at the root of the application. Specifically, it calls the “build” target of this script. This means the entire build process can be examined, extended and (if necessary) even modified.

Sencha Cmd configuration properties are available to the build script but also drive many other features of Sencha Cmd (like the compiler).

In most cases, you can tell where each property comes from by its prefix:

There are many ways to configure build properties, the simplest being to edit one of the build properties files. To decide which file to edit, it is helpful to know the priority of each of these files and under what conditions they are loaded.

The only properties that have higher priority than local.properties are those passed in via the command line.

For example, you might know that Sencha Cmd uses YUI Compressor to compress your JavaScript code during a sencha app build native. But did you know that using Google Closure or UglifyJS instead is just as easy?

In ~/.sencha/app/defaults.properties you’ll see the following around line 150:

Additionally, ~/.sencha/app/native.defaults.properties sets the YUI flag for you:

To use one of the other minification tools, simply set a different value for that property in a higher-level settings file (e.g. ~/.sencha/app/native.properties):

One of the newer features of Sencha Cmd is the concept of packages. Sencha packages are simply self-contained code or theme libraries intended for easy distribution and consumption. The general idea is similar to packages in npm, Ruby gems, and Python eggs — just specific to the Sencha ecosystem.

Sencha Cmd has cemented itself as the foundation of the Sencha application platform. From scaffolding a new project, to minifying and deploying your application to production, the Sencha Cmd lifecycle management features are essential to the enterprise development workflow.

By learning the basic commands Sencha Cmd uses to create and build applications, developers can expect the standard application architecture to smoothly integrate with their existing systems and deployment processes. Understanding the more advanced portions of the Sencha build process will allow developers to completely customize how Sencha Cmd compiles their code.

For more specific information about how Sencha Cmd works with the Ext JS and Sencha Touch frameworks, please read the guides available in each framework’s API docs.